A popular but mysterious deity in the Buddhist world, Cundi is currently most actively venerated amongst Buddhists from East Asian traditions in the form of the one-faced eighteen-armed Bodhisattva Zhunti (准提菩萨). Amongst devotees, she is seen to be a manifestation of Bodhisattva Avalokitesvara and some may refer to her as the Eighteen-Armed Guanyin (十八手观音).

Lhamo Cundi has gone by many names over the centuries. She was originally named Cunda, but over the years as her veneration spread, she also came to be known as Cundi. The name Cundi was translated into Mandarin Chinese as ‘Zhunti’, which then was translated into Japanese as ‘Jundei’. Chinese speakers thus refer to her variously as Zhǔntí Púsà (Bodhisattva Zhunti), Zhǔntí Fómǔ (Buddha-Mother Zhunti) or Zhǔntí Guānyīn (Avalokitesvara Zhunti), while Japanese speakers mostly know her as Jundei Kannon (Avalokitesvara Zhunti), where she is mostly placed within Shingon Buddhist tradition.

The sutra that most features Cundi is the Cundi Dharani Sutra, which clearly lays out the powerful benefits of reciting her dharani, and outlines methods of practicing to manifest her blessings.

Just as Avalokitesvara comes in countless forms to best benefit sentient beings, there are myriad manifestations of Cundi to suit the propensities of different people, such as the four-armed, sixteen-armed, eighteen-armed and twenty-six armed forms. 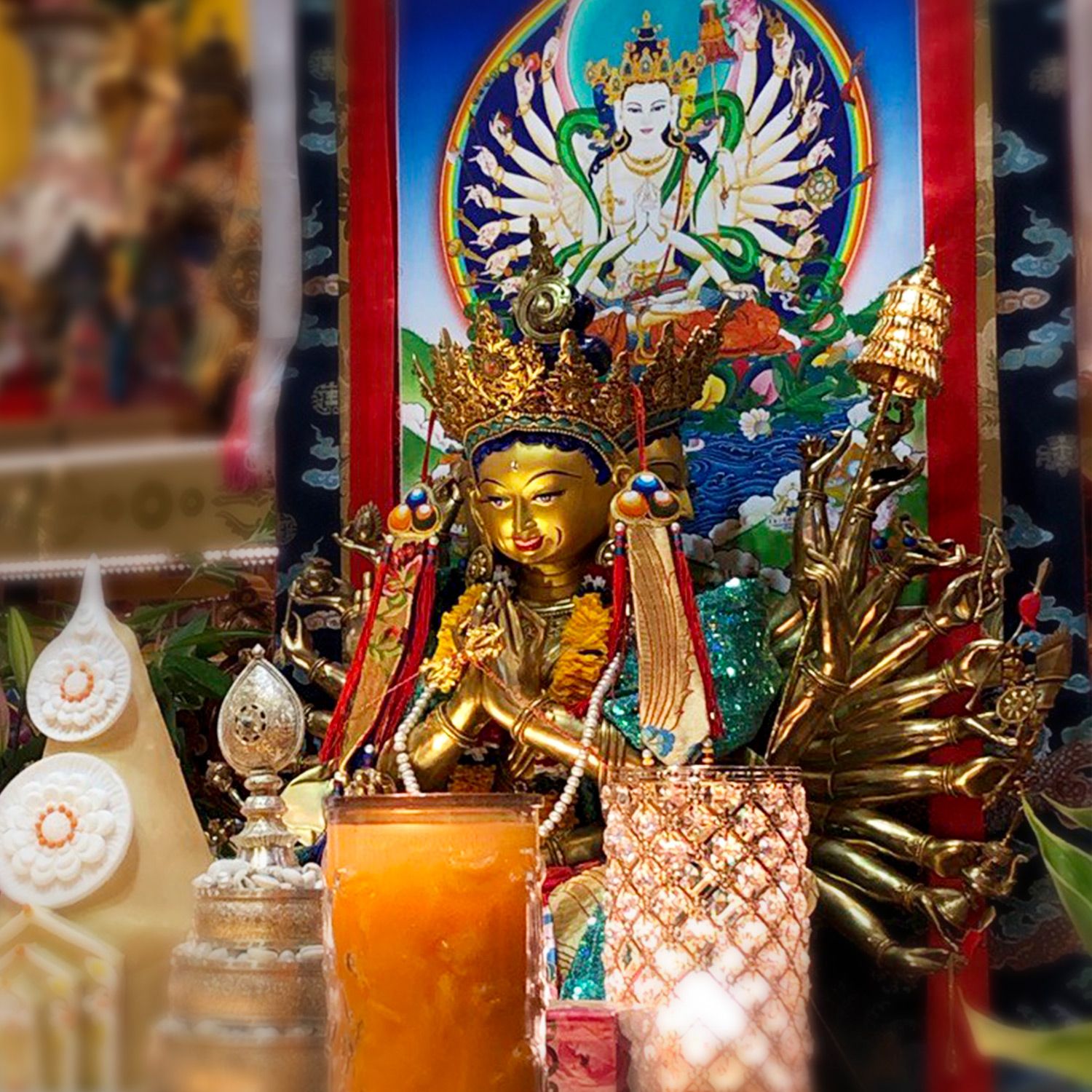 Lhamo means goddess in Tibetan, which is a form of veneration, while Cundi is a feminine form of the male name Cunda. Whilst Cundi’s practices are not as widespread within the Tibetan Buddhist tradition, we are very fortunate to have received the uncommon unbroken esoteric lineage of the three-faced twenty-six armed manifestation of Lhamo Cundi. This lineage can be traced back to India through generations of monastics and yogis, and has been kept alive over the centuries in the face of invasions and religious persecutions.

This rare form of Lhamo Cundi can be found within the Vajrayana tradition and textual records include the Goddess Cunda sadhana within the Rinjung Gyatsa, a vast collection of Vajrayana deities, compiled in the 16th century by Tibetan master Lama Taranatha. She is also detailed in the chapter on the Manjuvajra Mandala within the Nispannayogavali, a book on Buddhist iconography written by the great Buddhist pandit Abhayakara Gupta of the influential Vikramsila monastery located in modern day India circa 1084-1130.